The notion of using pot to treat ADHD (attention deficit hyperactivity disorder) might seem either horrifying or ludicrous to many readers.

The condition is usually discussed in relation to children and teenagers. And few people would advocate – at least publicly – giving it to patients in those age groups.

There may eventually be a public debate over the propriety of prescribing cannabinoids for those under 18, considering the growing awareness of cannabis’s medical benefits. However, here’s what most people don’t realize: while somewhere between six and nine percent of children are diagnosed with ADHD, about five percent of adults are living with the condition. That adds up to a lot more adults than children.

ADHD can be a disabling condition for many children and adults, greatly affecting their ability to learn, advance and sometimes even function normally in society. In other cases, it’s simply an annoyance that affects but doesn’t prevent acceptable day-to-day functioning.

However, the majority of ADHD patients respond extremely well to treatment, and it vastly improves the quality of their life. Behavioral therapy, counseling, and prescription medication are all used regularly to treat the condition.

But there’s growing evidence that marijuana can be quite effective as well.

One important clarification before we move on. The correct term for the overall condition is ADHD, not ADD, which is no longer used as a catch-all term in the medical world. These days, doctors sometimes use the term ADD to describe one form of ADHD known “inattentive ADHD,” which is characterized by a lack of attention and focus. Other forms are “hyperactive/impulsive” ADHD, and “combined” ADHD. The recommended treatments for all forms of ADHD are the same.

Therapy is often the first approach taken to treat ADHD, especially in children. Changing their behaviors and teaching social skills can help kids learn appropriate ways to cope with their attention issues or hyperactivity. Those one-one-on meetings can be coupled with family sessions, which provide parents with strategies for managing their children’s behaviors and help the entire family deal with the stress of living with an ADHD child. Teenagers and adults with ADHD may also benefit from more structured psychotherapy.

Medications are, as you probably know, prescribed more and more often for patients. They used to be a second option after therapy, but are becoming a first-line therapy prescribed by many clinicians. These normally take the form of stimulants (which actually help with hyperactivity as well as attention deficit, because their primary role is to balance levels of brain chemicals).

Ritalin and Adderall are the most common stimulant medications used for ADHD. A few non-stimulant treatments like Strattera are sometimes used instead because they have fewer side effects. Side effects, in fact, are one of the major drawbacks to drugs like Adderall; they can cause issues ranging from weight loss and irritability, to sleep issues and heart problems.

That’s sparked a major interest in the possibility of treating ADHD with cannabis.

It would make sense to consider the beneficial effects of weed when dealing with problems involving attention deficits or hyperactivity.

The few limited studies were done on the subject report inconclusive evidence; some data suggest benefits, while others warn of possible pot dependency by ADHD patients who use regularly. Anecdotal evidence from ADHD patients who’ve tried to treat their symptoms with pot is somewhat limited but definitely encouraging.

So it seems evident that at least some strains of pot should work well to treat the symptoms of ADHD. Here are the ones to look at. 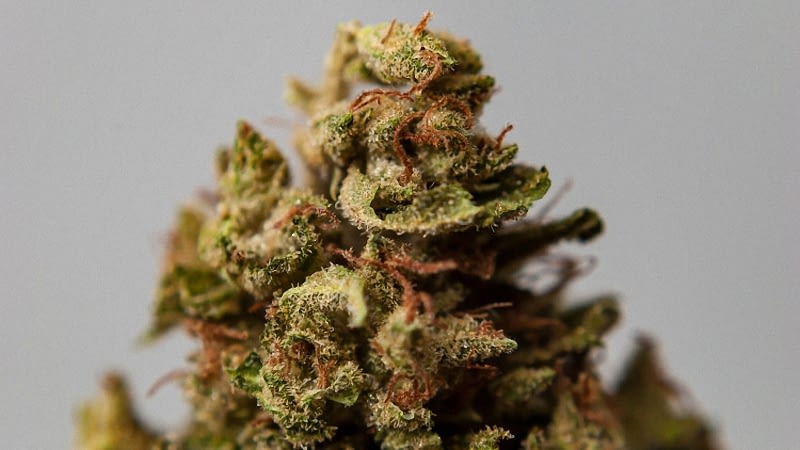 Sour D is one of the most popular pot strains in America for many reasons: its euphoric and creative high, its ability to fight depression and fatigue, and its Sativa-dominance that prevents body lock. It’s a weed that will bring you up and help you focus, without putting you on the couch to binge-watch Netflix. (If you want to binge-watch, though, it might help make some of the shows more enjoyable.)

THC levels are quite high, at times pushing 25%, and there’s very low CBD content. That means it’s not the optimal choice for ADHD patients who have anxiety issues because it could make the anxiety worse. But for the focus and relaxation that sufferers are seeking, Sour Diesel is worth enduring its somewhat-skunky taste and pungent aroma. 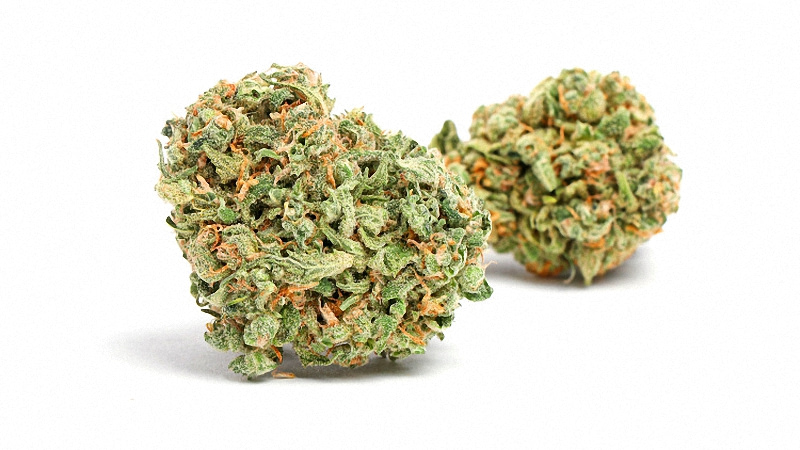 Slightly Sativa-dominant with a THC content that averages around 20%, this strain has the outstanding stimulant effects that can simulate many of those provided by Adderall or Ritalin. You will almost immediately experience a jolt of focused energy, countering the limited attention issues suffered by many ADHD patients. After a while, the experience fades into a more relaxing, calm one that’s welcomed by those with the hyperactive version of the condition.

This strain doesn’t produce much of a drowsy effect, so it allows sufferers to get productive work done without being distracted or growing tired. Its CBD content is somewhat limited but still does help with some chronic pain issues, as well as many of the side effects of ADHD meds. Blue Dream, like most strains with high THC levels, isn’t best for those who suffer from anxiety. 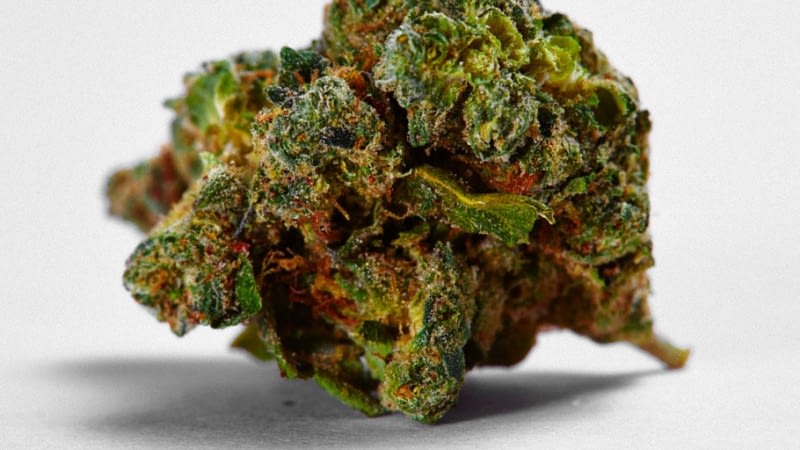 Green Crack (sometimes simply called Cush) is known for two things: the fact that Snoop Dogg named it after trying it, and its very high THC content which can top 25%. If you’re searching for the perfect wake-and-bake high, this would be it – but it’s also quite good for those trying to alleviate the lack of focus caused by ADHD. The high is cerebral and conducive to concentration on work or daily chores, and since there’s little Indica content, you’ll be able to maintain your energy levels for quite a while.

This strain is also used by migraine and depression sufferers because of the energy and upper-body pain relief it can provide. Most of all, though, Green Crack will focus your attention and help you harness the creativity it provides. It smells and tastes good, too.

Those in search of a slower-acting, more-mellow high will find that True OG can do double duty. It initially provides focus along with a building feeling of euphoria (which can sometimes become a bit trippy, so stick to simple tasks); over time, the high turns into what you might expect from the Indica-dominance of the strain and you can find yourself starting to get a bit drowsy and locked. It’s a great prescription for getting stuff done while easing stress.

The high THC content (usually over 20%) is contraindicated for anxiety patients, but it’s terrific for everyone else suffering from ADHD symptoms like being easily distracted and hyperactivity. True OG is also quite good for chronic pain patients, for relaxing at the end of the day, and for drowsing off into a comfortable sleep.

Cinex’s slight Sativa-dominance provides an excellent blast of uplifting energy and creativity and is a good choice for the mood elevation that some ADHD patients need as well. It also keeps you going throughout the day without any danger of couch lock or a sudden need to take a nap. This strain is a common choice to deal with depression, but it’s also good for treating stress, migraines and other chronic pain.

You might think the slightly more moderate CBD levels in Cinex make it a slightly better choice for ADHD sufferers who also experience anxiety, but in truth, it still can lead to an increase in anxious thoughts. Go slow on the dosage and you may find this is the strain that deals with both your ADHD and your medication side effects.

Which are the Highest in THC?

How To Reduce Odor When Growing Indoors

How Much Does A Marijuana Plant Yield? Average Yield Per Plant

By Any Other Name | Cannabis Now

How Sherbinski Made Himself Into a Top Cannabis Brand

Which are the Highest in THC?